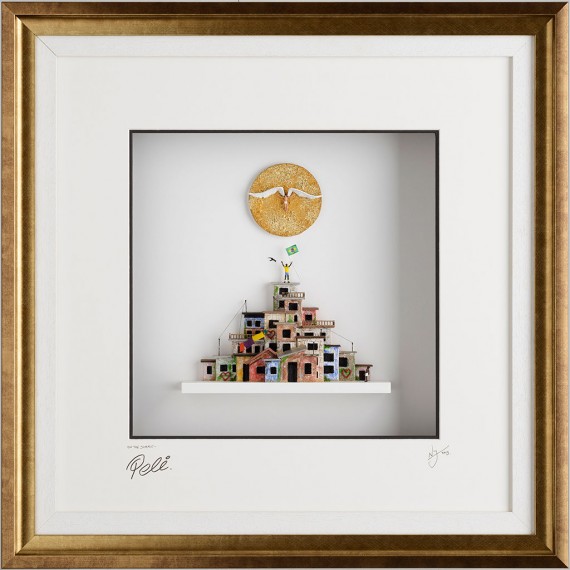 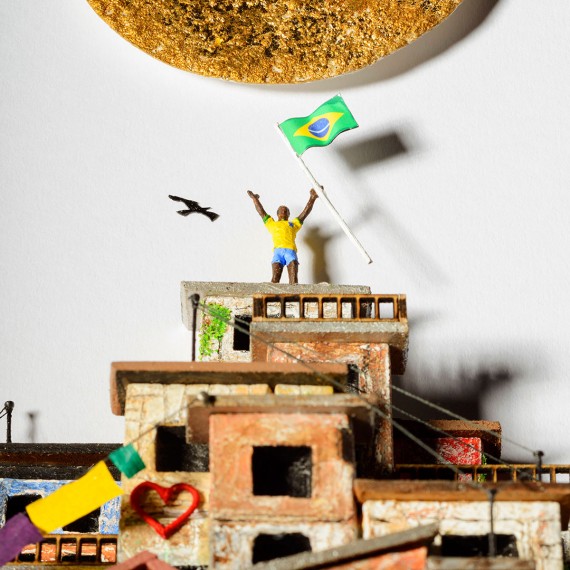 About on the Summit

In being invited to create works for Pele for his 75th year,  I wanted to create one piece that was a portrait of the man  A portrait built of the smaller lesser known details about his early years.

Pele was born in the Three Hearts Favellas in 1940,  if you look into the sculpture you will discover the reference to this.

Growing up in poverty,  the family had no money for balls,  so Pele was taught to play using a sock stuffed with newspaper or a grapefruit,  but from an early age he was inspired to climb out of poverty through sheer hard work and practice by his father.

He was taken on by the club Santos at the age of 15,  and went on to become the youngest player ever to score in a World Cup in 1958.

The boy at the foot of the Favellas signifies Pele as a child looking up at his older self,  having climbed the steps out of poverty and reaching the summit of excellence.  The young boy also signifying the generations that Pele has inspired over the years.

In 1983,  Garrincha,  who was a fellow Brazil team mate died.  He and Pele were a force to be reckoned with on the pitch.  Whenever Pele and Garrincha played on the same team they never lost.  Garrincha's nick name was little bird,  with Garrincha on his wing Pele never failed.

Christ the redeemer as an angel is looking down on this whole story.  Pele has often talked of his skills as being a gift from god,  with the man upstairs having a hand in his time on the pitch.

When I met Pele and showed him this piece he said ; "  Thank you,  you have reminded me of things I had not thought of for a while,  you know about me. " 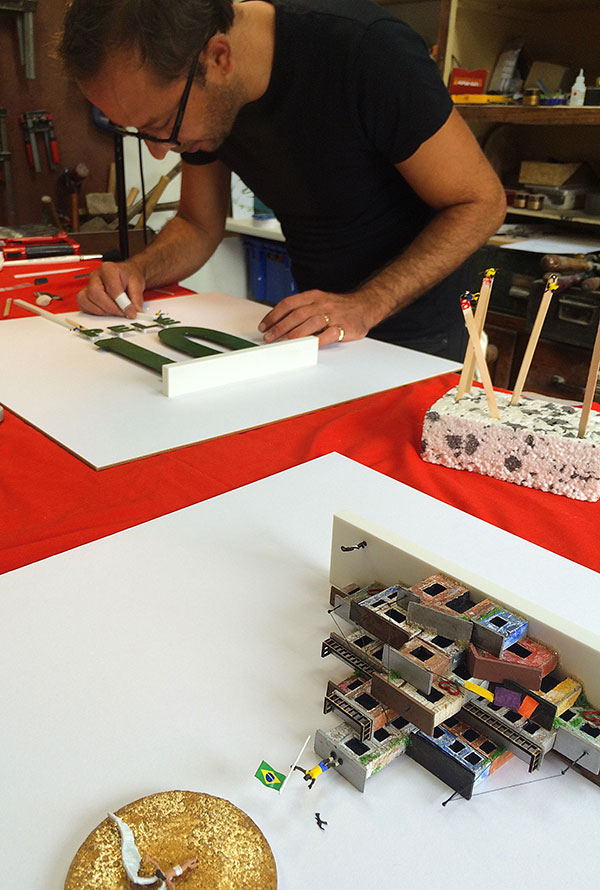 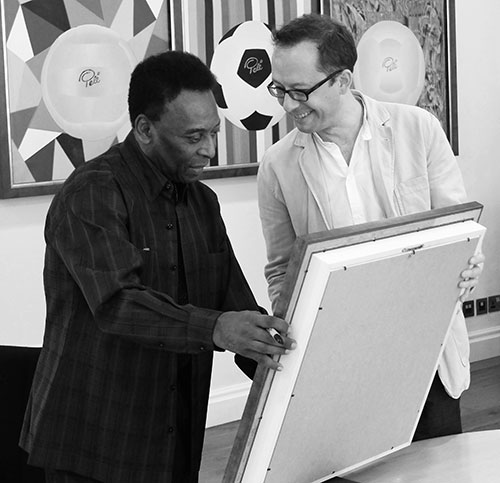 The one and only Ten
Dream Team